The percussion section is able to modify the mood of a piece with a well-timed drum beat or bell ring. The emotional aspect of the section is similar to that of RankBrain’s prime functionality. RankBrain is a machinelearning based updated that Google made to its algorithm that first began to be implemented in 2015, but it’s taken a few years for this software to learn enough to be impactful on real-time searches. RankBrain has only become a serious contributing factor to Google’s search algorithm recently.

Do you remember back when Google first launched? It was in September of 1998. The new platform handled around ten thousand search queries per day, but a year later in 1999, the search engine was already handling 3.5 million search queries daily. In 2000 it was 18 million queries per day, and so on and so forth. While demand for the new, seemingly limitless, online knowledge base kept growing, users had to be exact with their searches. In the beginning, if a user typed “ice cream” into Google, they would only be shown results with the word “ice cream.” But now, Google has evolved, and with the use of RankBrain can evaluate the true intent behind a search term.

Now, when users search “ice cream” on Google, RankBrain and to a larger extent, Hummingbird, will use its acquired knowledge to determine what the best search result for your query is. RankBrain looks at a search against user-specific data like location, personality, and word use to determine which search results best match with the intent behind a search. As mentioned above, RankBrain utilizes machine learning which means that the computer teaches itself how to perform a task better after being taught by humans and developer coding. If you’ve spent time looking up recipes for your own DIY ice cream, or have been researching lactose-free ice cream alternatives, RankBrain will use that data to pick the best “ice cream” results for you. 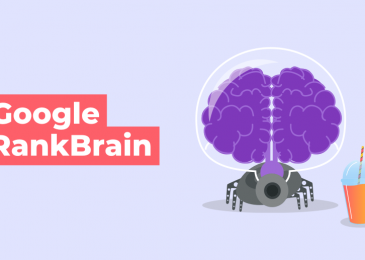 The first step in developing an SEO campaign has always been the definition of your keywords.

When you define your keywords, you’re looking for keywords that are relevant to your business and that customers are looking for. This has always been the foundation of a successful SEO campaign.

If you target keywords customers are not looking for, your campaign will be doomed from the start.

This part of the SEO process, the Basis, will most affect RankBrain.

Prior to RankBrain, Google software engineers have created a mathematical algorithm to determine search ranking. This algorithm would be constant until an update is performed.

With RankBrain, however, this algorithm learns and changes constantly. so you should optimize the RankBrain Algorithm.

As a result, your SEO campaign needs to be more agile and adaptable to changes in the search engine landscape.

How Efficient is RankBrain?

Let me explain that with a simple example. Suppose, you enjoyed a particular song in a movie you watched and would now like to download it. But you have no idea what it was called. So, you search using this query: “which was the first song in frozen.”

Now, this is quite ambiguous right? But here’s what you’ll see.

However, Google is still able to return results for the first song in the movie “Frozen” with links to various YouTube videos. This is because Google is able to actually understand that you are referring to “Frozen” the movie, and not as an adjective.

That’s exactly how intelligent RankBrain has made Google. It can connect the dots to give you relevant search results. RankBrain can understand what you want even if your search query isn’t specific.

When Google tested RankBrain against their senior search specialists, RankBrain had an 80% success rate as opposed to humans at 70%. This gives you an idea of how effective RankBrain is.

Previous Post How to Use Google RankBrain to Your Advantage